I started my DJ aspirations at the early age of 14. My mobile DJ company's name was Cerrone's Disco whom at the time was one of my favorite disco artist (many of my close friends always told me we looked alike). Years later, I became vice president of Cerrone’s domestic fan club. Early success in the business landed me several opportunities to participate in several teen Disco gigs, amongst them, JC's Teen Disco in the city of Hialeah, Midway and Tropical Skating Centers. Eventually we opened up our own teen Disco named "The Affair Teen Disco" atop the old Miracle Theatre in Coral Gables. This venue was operated during the summer months only.

All of the teen disco action led me to my first professional gig at Sebastian's and The Trip Nightclub in Miami. From these clubs, I graduated to San Francisco located in the Grove (formerly Honey for the Bears) and after about six months, I was discovered by then General Manager of the Poop Deck in Ft. Lauderdale, and soon to be General Manager at a new club in Hialeah named Casanova's. Many opportunities opened at Casanova's, including several spots to work with most of the biggest acts in the Disco world.

During my early years at Casanova's, I also got involved in radio. I was the first disc jockey to do a “Live broadcast” for a then Spanish Radio station called Super Q, or the original Discoteca al Aire (or Live Discoteque) broadcasted from Casanova's which became a staple of 80's Miami Radio scene. Later on, it opened doors for many other local DJs whom have gone onto very lucrative careers. After Super Q, a new dance station arrived in the market (Power 96 FM) - I was hired as the original mixers alongside Phil Jones and a then very young Lazaro Mendez (DJ Laz) and the famous Disco Lunch mix was created and hosted by the late Kramer the “Midday Man”. During this time I was also involved with two of the original record pools in the Miami area, S.E.D.A. record pool, and later with The Florida Record Pool. Going into the studio was to be the next natural progression and I had the pleasure to be involved in some of the greatest dance music to come out of our area. (Please check the discography section in the main menu for a list of songs that I either consulted on, mixed, or co-produced).

I've had the privilege to spin in some of South Florida's most legendary nightclubs such as Club Nu, Club 1235, On The Waterfront, Warsaw Ballroom and many others as well as Baby O's in Mexico, Studio 54 In NYC and many other legendary hot spots in South Florida / Miami and abroad.

The Saturday Night Dance Party continues to live on at our new location ( Formerly Flow Lounge ) The Open Stage Club in Coral Gables. 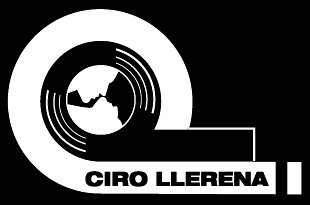